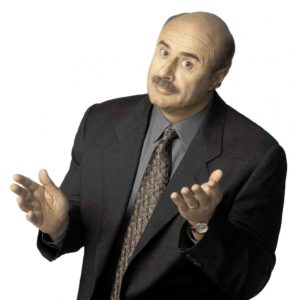 In the early days of TSA, when screening lines were wrapping around terminal buildings and passengers were waiting 3+ hours to get through checkpoints, the agency brought in consultants from Walt Disney World to help them understand queue management. Soon, instead of one long line, the queuing area changed to the switchback, mouse maze style we have today.

Fifteen years later and lines are again wrapping around the building. I just read a report yesterday that there was a 90-minute line at Denver International Airport this past weekend. That’s insane. The post-9/11 world has already changed to the point where airports are bringing in therapy dogs just to help passengers deal with the experience, but with a 90-minute plus waiting time, we don’t need a therapy dog, we need Dr. Phil!

Across the country, we are seeing longer and longer wait times as TSA ostensibly tries to focus on improving their detection rates. There is a pattern, an airport complains, the TSA administrator flies out to talk to the airport director, and then the lines continue to be just as long. What’s interesting is that we have not seen too many of the stories coming out of those airports with private contractor screeners. Just recently, the director of the Atlanta Hartsfield Airport threatened to opt out of TSA screeners and apply for the privatized program. Having recently been in Atlanta and seeing this firsthand, I can attest that their lines are incredibly long – airport staff and TSA personnel do the best they can to keep the lines moving, but at the end of the day, they need more screening personnel. That seems to be the theme throughout the country.

Unfortunately, these long lines have resulted in doing what the terrorists couldn’t: bringing aviation to a halt in the United States. A 90-minute wait time is not reasonable at all, even during the busiest seasons.

See, aviation is essential to our country. It is how we move long distances. We are living in the age of the airplane and just as much as we now rely on the Internet to get through our daily lives and conduct business, we also rely on aviation just as much – particularly here in the United States. Even if you don’t use aviation that often, you are affected, and benefited by it. While other targets are out there, such as rail systems, subways and buses, not to mention shopping malls and public parks, when there is a terrorist attack on aviation, the entire industry can come to a grinding halt.

Another critical element, besides passenger inconvenience and screwing up the national airspace system with all the flight delays, missed flights and cancellations that result from long screening lines, putting thousands of people into one small area just sets up another situation like we saw in Brussels a few weeks ago. Just recently American Airlines CEO Doug Parker said: If there’s any lesson from Brussels, it’s that (the attacks) happened outside the secure area where there were large groups of people,” Parker said. This makes it crucial to get passengers through as “efficiently as possible.”

Of course, myself and other security professionals have been telling TSA and the entire industry this for years that if you keep backing up the checkpoints you are creating another target and now even the airlines recognize this.

There are solutions out there. Just recently the directors of the American Association of Airport Executives and Airports Council International sent a letter to TSA encouraging some changes that would likely speed up the lines.

Since we are on the topic let’s talk about PreCheck. It was TSA’s belief, that by creating PreCheck, they would be able to increase the efficiency of the screening checkpoint, getting trusted travelers through quicker. However, not everyone has signed up for the program. Part of the challenge, is that TSA, as a government agency is really not allowed to market this program. There is legislation moving through Congress right now that would enable them to hire a company to do the marketing for them, but even that might not increase enrollments to where TSA needs them to be – here’s why:

For the average vacation traveler, PreCheck does not make a lot of sense. It is $80 for one person, plus the inconvenience of being fingerprinted, filling out the paperwork and then waiting for your known traveler number to come back. Once you are part of the program only you can take advantage of the PreCheck line, not your family. So if we take the family of three or five and put them all through the process we’re into some serious cash, particularly when you add bag fees, legroom fees, and whatever other fees the airlines are adding to your ticket these days. Granted, that $80 buys you five years worth of PreCheck but when you weigh the fact that you will drop $400 for a family of five to get them all through the process, versus showing up at the airport an extra hour or two before the flight a few times over the next five years, most families are not willing to spend that kind of money.

For the business traveler, who absolutely should be in PreCheck, oftentimes their employer may not pay for their enrollment. Even so, it is a very worthy investment for the business traveler, and I can’t believe there is a business traveler out there today that has not heard of PreCheck. Otherwise, they must really be confused watching all of these people move through a separate security line and going to their plane, while they stand there for an extra hour.

So what can you, the traveler do to reduce the stress and angst at the security screening checkpoint? You can of course call your counselor to bring you up to speed on the latest calling meditation techniques, bring your own therapy dog, or call your psychiatrist to update your prescription of Valium, Xanax, Wellbutrin or your narcotic of choice to deaden the senses as you stand in line for two hours (the same thing you use to remind yourself that your life peaked in high school). Or you could:

And this last one may be a little unusual, but we need to get TSA a little bit of a break on missing knives that might slip through the checkpoint. It would be nice if they caught them all, but they need to be more worried about guns and bombs than they do knives. Not that they should quit looking for knives, we just have to cut them a little bit of slack when somebody’s pocket knife makes it through, while appreciating when they do catch guns. Frankly today, I’m more worried about people getting guns through the checkpoint and attempting to hijack the plane that I am worried about box cutters and pocketknives. Pretty sure we’re not going to let that happen again.

And I suppose if none of this works, maybe we should call Walt Disney again, they seemed to have some pretty good ideas the first time, and know how to make you stand in a line for two hours and not completely lose your mind.