“Aren’t there some jobs where it doesn’t matter if you’re there or not?” 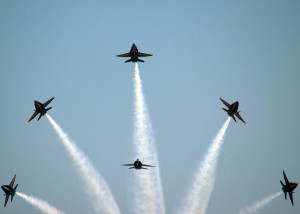 This was a question posed by a student the other day. It came during a discussion when I was encouraging my students to make a difference at every job they are at. My answer: yes, in fact every job is that way if you decide it is. Or you can decide you will meet a higher standard.

In the same class, another student had a different example. He was essentially the “pool boy,” but decided he would be the expert at the Ph balance for the chemicals in the pool. He became such an expert that the boss and other employees would call on him after-hours or on his day off if they had a pressing question about the Ph balance. While this may sound like an annoyance, particularly if you value your time off, the calls weren’t that frequent, and he didn’t mind being the “go-to” person. Remember, extraordinary people to extraordinary things. He not only became the expert on something that the employer needed, he also practiced a habit of excellence.

Tell me this – who do you want working for you? The guy or girl who raises the level of those around him, or the guy or girl that “faxes” in his performance?

Famous acting coach Constantin Stanislavski said: there are no small parts, only small actors. This is true on the stage and in the world. We can’t always choose the parts we play, but we can decide whether we will play them small or big.

My son recently auditioned for (and got) a part in the Christmas play at his school. He wasn’t required to memorize the lines for the audition, but he felt he should anyway. According to the director of the play, that made a huge difference. While others may have auditioned similarly well, it was his willingness to do the extra thing, to go the extra step, that set him apart.

Sometimes the difference between good and great, is just one extra step.

Too many people are good at telling the boss that there’s a problem. But anyone can do that. You must strive to be the person who doesn’t just tell the boss about the fire, be the one who then says, “and the fire department has been notified, we’ve evacuated the building, everyone is accounted for and safe, and I’ve notified our clients that there will be a temporary disruption in services, but we’ll be back online at approximately. . .”

What type of person would you rather hire?

How has the 21st century workplace changed? With the Millennial generation rapidly overtaking the workforce, it is inevitable that the way we do business and how we interact around the office is different than the industrial work model we’ve embraced since the end of World War II. More importantly, what must YOU do to not… END_OF_DOCUMENT_TOKEN_TO_BE_REPLACED