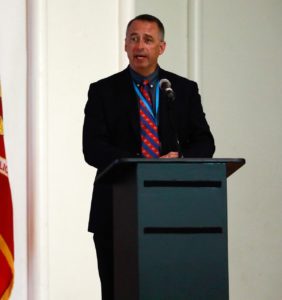 Jeff is considered one of the world’s leading experts on aviation security, lecturing at conferences such as the Airport Law Enforcement Agencies Network, the Air Line Pilot’s Association, and the American Association of Airport Executives. He has written over 300 publications for a variety of publications including Aviation Security International magazine, Airport magazine and Plane & Pilot. He has also authored two chapters on aviation security for other texts and is frequently called upon to comment for CNN, ABCNews, NBC, CBS, USAToday, the Wall Street Journal, New York Times, AP and others.

Nationally known media consultant on aviation issues, with regular appearances on NBC, ABC, CBS, CNN, and others, along with numerous radio stations throughout the world; routinely provide commentary to USAToday, the Wall Street Journal, Associated Press, New York Times, Washington Post, and many others. Hosted an episode of Air Disasters on AAL Flight 77.

Expert Witness: served as an expert witness in defense of airport operators after 9/11 attacks.

Expert witness defending the Port Authority of New York and New Jersey, the Metropolitan Washington Airport’s Authority and the Massachusetts Port Authority in the resultant lawsuit over the 9/11 attacks. Result – case dismissed by judge.

Expert witness in other cases related to airport safety, security and operations, providing research and expert position papers. All cases to date have either been settled or dismissed by judge.