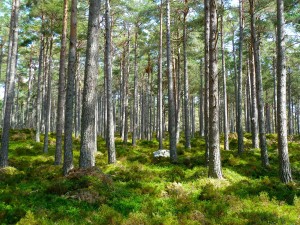 Imagine heading to the great outdoors for an extended camping trip. Hikes in the forest, walks on trails, skipping rocks on the lake, sitting around the campfire at night.

But after a few days, we wake up one morning to find out that a wolf has invaded our campsite. Everyone’s okay, but it was a close call. Someone could have been killed.

What’s the natural thing to do (barring going home of course, which I know some of you would do, but the rest of us would like to enjoy the world around us). You would increase your level of vigilance, right. Don’t let the kids into the woods by themselves, maybe post people on watches throughout the night, don’t wander off trail and if you are out and about, take someone with you.

Perhaps a few weeks go by without another siting. Maybe we hear that the wolf has been to other campsites, farther and farther away from ours. Then another week goes by without a siting. What tends to occur?

We start to lower our guard.

When something doesn’t happen, day after day, our brain begins to believe it won’t happen again. Whose to say there’s only one wolf? And whose to say a wolf isn’t waiting, just outside the range of our vision, in the blackest of the night, to attack again.

Do you remember those days after 9/11? We were all hyper vigilant. I recall getting on board an airliner a week later and the pilot announcing to all the passengers, that they were going to personally make sure that our flight was not hijacked, and could he count on all of us passengers to rise up against anyone that attempted it. A collective cheer went up from the passenger cabin. Imagine if an airline captain said that now. We’d all probably wonder what kind of information he’s operating on, and maybe even take a different flight.

Not even one year after 9/11 something very destructive started to happen. I remember being at an industry conference in 2002, and seeing former American Airlines CEO Robert Crandall standing on stage, asking a new TSA official how much longer we were going to have to go through a checkpoint like this – as he spread his arms to the side in the now familiar position of being frisked.

There was almost this assumption that we were going to fix what was broken and then get back to normal.

But there was a new normal. And in the new normal, there is an endless supply of wolves. The new normal is an adaptation to a threat that is often unseen, and attacks without warning, and can be reproduced in many locations.

It’s impossible to live at a high state of alert for long periods of time. Our brains weren’t wired for that. Our bodies are wired to give us a quick energy boost during times of fear and stress, but if we do that too long, we start to break ourselves down.

But we can maintain a healthy state of awareness. And we should always maintain that, Because today, the wolf isn’t just wandering through the forest, it could already be in the camp, and dressed in sheep’s clothing.

What is your airport, your airline, your flight operation, or you personally, doing to mitigate, or deter insider threats?