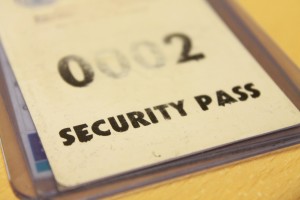 There have been some recent media reports about personnel not turning in the airport ID badges when their employment at the airport ends, or just lost or stolen badges and the question surrounding the seriousness of this issue. There was also a recent report in Airport Business magazine that noted that employees are only given a “cursory,” background check before being issued the ID badge. Let’s provide some clarity to the issue.

First, airport identification badges are a highly regulated process and probably 50% of the focus of an Airport Security Coordinator (ASC). The other 50% is spent managing the access control system, law enforcement issues and other related security duties. ASC’s know how important the badge is because by and large airport employees come in through the “back door,” of the airport, as opposed to the front door, which is the screening checkpoint. The back door access requires an employee to have an active badge in order to access the various doors and gates that go around the screening checkpoint. When you are giving someone the “key” to the back door to your house, you don’t do so lightly. Well, not in a post 9/11 world anyway.

Every person that works at an airport that has need to access the sterile area (the area past the screening checkpoints where passengers board and deplane), or the Security Areas, which are on the airfield, is required to have an access/identification or identification badge. Every badge holder must complete a background check (more on this in a moment, but I can promise you it’s not cursory) and successfully complete security training before being issued the badge. Also, most every airport access control system relies on 2 processes, both of which must be completed before access to a door or gate is provided. The badge is “swiped,” or “read” (by radio frequency identification) by a badge reader, then an individual Personal Identification Number number be entered. Some airports also require a biometric element in their access system, but this is not mandated by the TSA regulations.

Airports are required to keep accountability of 95% of their issued badge stock, or else TSA will require them to either re-badge the airport population or re-validate. In either case, the badging office is going to see the entire airport population in the coming months as they go through this process.

So, whenever anyone loses a badge or fails to turn one back in, that goes against the 95% accountability. Airports must also keep 100% control of a certain type of access badge that accesses the most sensitive areas of the airport. When someone fails to turn in a badge, that badge is immediately invalided (turned off) in the airports access control system. If someone tries to use it, it will send the system into an alarm that goes to the security operations center and police, security or operations personnel are dispatched to investigate.

All airport ID badges display prominently the expiration date. So that if someone does find an old badge and jumps the fence or slips past someone else as they go through an access door, there is a chance they will still be caught. As part of the security training all badge holders go through, it is required that all badge holders challenge or report everyone they see in the airfield without the proper or valid identification. Expired badges do not count against the 95% issued badge accountability requirement as they are no longer considered “visually valid.”

Airports routinely have a decent percentage of badges they cannot account for. There is little an airport operator can do to make a person turn their badge back in once they no longer need it. Employers cannot withhold pay and often times, deposits aren’t effective. However, for every lost badge that could be used to access the airfield, you still need the individuals PIN number for it to work. Essentially, you’ve lost to keys to your car and someone else found them, but they don’t know which car is yours.

Now that we know how the badge works, let’s take a look at the background check itself. Pre 9/11 the check was truly cursory in nature. It mostly served to ensure you had been in the country for the past 5-10 years, and in only rare cases was criminal history assessed.

Today, every employee is subjected to a 10-year FBI criminal history record check (CHRC), and a TSA security threat assessment. Employees found guilty of any of 28 listed crimes within the past decade cannot be issued an access/ID. Some airports have modified this federal rule to add crimes to the list, and to add time to the check (i.e. if anyone has EVER been found guilty…).

While airports cannot deny a person a badge if they have not committed one of listed crimes, the airport operator has still received the person’s entire criminal history, so even though they may have to issue them a badge, it may be handy to at least know that someone may also have a lengthy criminal record or gang activity in their background. That information is not disclosable to an employer and there are some questions about whether the information can be used to generate investigative leads.

The TSA Security Threat Assessment is the second background check process. While the TSA is understandably mum about what this process entails, you can be sure that at some point a wants and warrants check is conducted to make sure we’re not badging someone who is currently wanted by the law, and to make sure the person is legal to work in the U.S. In 2004, after numerous airport employees were found with badges but were illegally in the U.S., TSA required airports to verify the identity of the individuals prior to issuing the badge.

The STA also is a name check against the Terrorist Screening Center and other government databases just to see if the applicant’s name pops up or is interesting to another federal agency. Maybe someone hasn’t been convicted of a crime but is a known associate of ISIS, al Qaeda or the local human or drug trafficking groups, so maybe it’s not a good idea to give them airport access. TSA can deny someone a badge for various reasons which may include any of the above.

Periodically, the airport will re-run CHRCs on existing employees and all airport personnel must renew their badges either annually or every other year, depending on the local airport policy.

While there still are gaps in the airport “back door,” process, which includes access control, credentialing and the associated background checks, and management of lost, stolen or failed-to-retun badges, the system is far more robust than many people assume.

5 Responses to The Airport ID Badge