I Was There, At The Edge Of My Own Moment 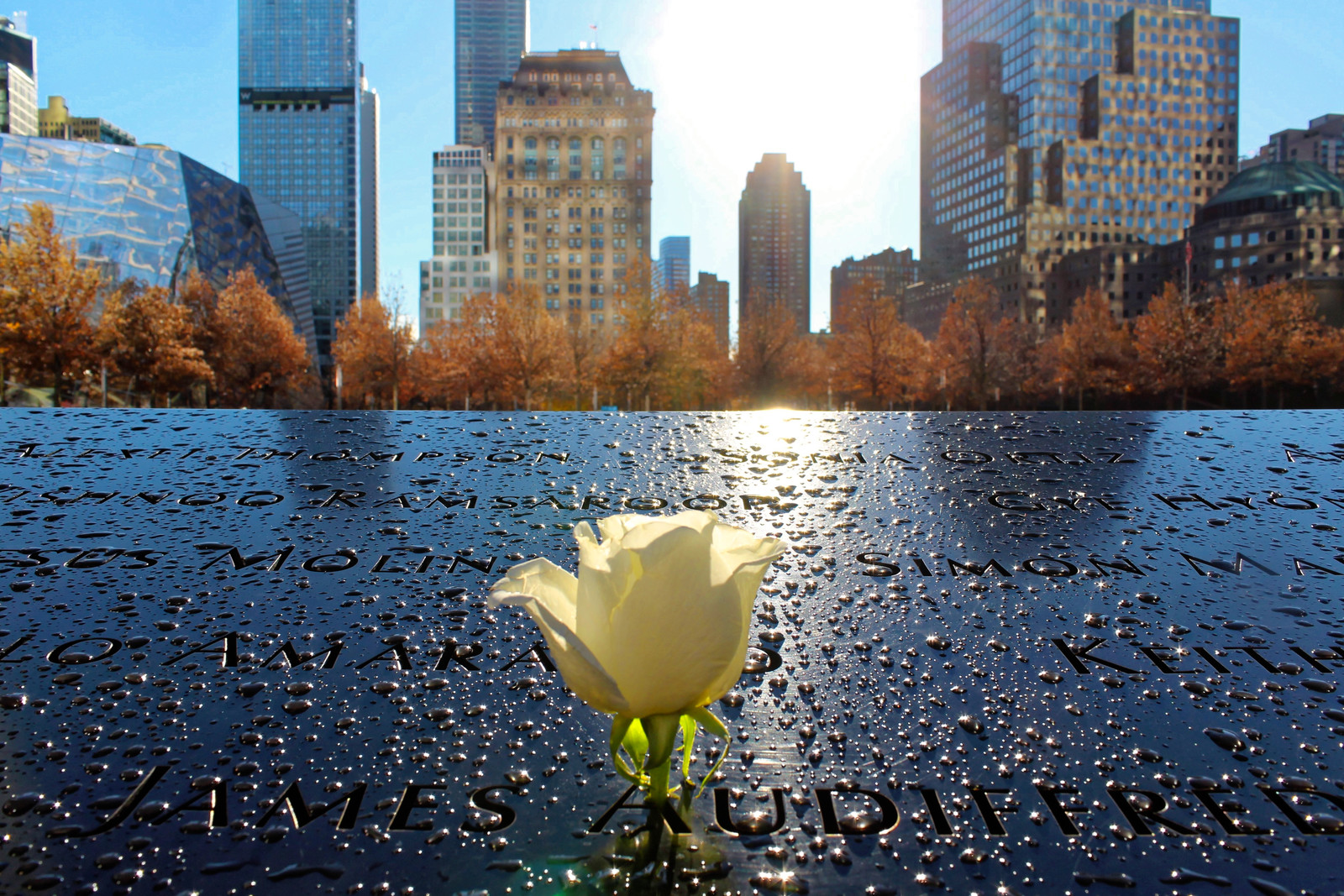 As we approach the 18th anniversary of the terrorist attacks on September 11th, many of us forget that there is an entire generation out there to which 9/11 is merely a historical event, much like Pearl Harbor was to our generation of boomers and genx’rs. My daughter, Austin, who is a high school junior, composed this article for a school assignment. She was born in September of 2002. I thought her insights were worthy of sharing – Jeff Price

I Was There, At The Edge Of My Own Moment

Since September 11th, 2001, every year on this date we have mourned. Whether we know the victims that were taken by the horrors of 9/11 or not, we know it is a day to take seriously and to understand its importance. Ever since elementary school, we have always learned about these events that shook and changed the world on this one day. Although the things we learn at school were sheltered to keep our innocence and purity in check as they did not want us to be scared. Funny thing is, it is more terrifying to not know what is going on than to know what is. At least then we know what to worry about and what doesn’t need to be worried about. But, when we are not told what we desperately want to know, a great and powerful fear sets into us, and that is the fear of the unknown.

I feared the unknown for most of my life when regarding 9/11 and the events that occurred and the effects they had. That was until I actually experienced the terror, shock and waves of pain that 9/11 brought. During the summer of 2017, I went to New York City with my parents. The trip was spectacular to say the least as it was filled with Broadway shows, trips to Ellis Island and the Statue of Liberty, carriage rides in Central Park and doing all the cliché tourist-like things that’s expected when you go to New York. It was filled with shopping and tours and fun events that I still enjoy thinking about to this day. Although the first day I experienced something I never had before and likely never will again. We were staying at a hotel right near Freedom Tower and the official 9/11 memorial site. Naturally, I was very curious and wanted to know more so we decided to go on our first day there. I don’t know if it was the hustle and bustle of New York or the fact that I was on a trip but in some weird way, I was excited to visit this place of death and destruction. Perhaps it was the fact that I would get to finally curb my craving for the answer to the unknown, but after the experience, I understood why we were so sheltered and protected from it.

Entering the plaza surrounding the entire 9/11 Memorial I could already feel a heaviness in the air. It was quiet, and for New York that is quite an accomplishment. I walked in and the first thing I noticed was a very interesting looking tree. A museum memorial employee told me the tree was made of the branches of a fallen tree on 9/11 and that the people of New York were in a desperate attempt the keep this surviving tree alive. Amazingly, it was growing and turning into a full grown tree again.

I continued walking and the second thing I noticed were the reflection pools. There were two of them. Placed in the spots exactly where the Twin Towers once stood. The pools had a simple design as they let water drip into the abyss of darkness that the fountains held in their clutches. On the metal railing of the fountains were names of the victims carved into the metal. Some of the names had white roses sticking to them. I later learned that the museum did that to honor their birthdays even though they were gone.

As I walked into the museum, my parents and I got separated for a little while. I explored on my own and came upon a wall of faces. I will always remember it. It had pictures of all of the victims and changed out the pictures on a continuous loop. I was standing there just watching the wall. Although there were a lot of people around me, I felt like I was alone with the spirits of those we had lost. I thought I knew everything about 9/11 and the events surrounding it because my dad is in the profession of aviation security but clearly I was missing something. I was missing the pain that so many felt that day. I felt it there. It was somber and melancholy and made me want to go home. To get away from that cursed place. I then understood the pain.

“I think every parent’s greatest fear is losing their child,” my dad said, unexpectedly coming up behind me. “That happened to so many people because of one mad mastermind. Although, I think the even worse fear that can happen is when people forget about your child,” he said.

I nodded but it wasn’t until just recently that I completely understood what he meant. When I did, I felt ashamed and sorry that I didn’t know these people. It is hard being in the generation after 9/11 because we still do not completely understand all the loss and destruction that one powerful man left for many others to suffer from. What I still didn’t understand was why would someone commit something so cruel and vulgar against so many people. I asked my parents and they said it was because those people felt insignificant.

I thought different. I felt like they hadn’t had their moment. That moment when you realize the value and innocence of pure human life and the true miracle that we are living, aging, and growing beings. Death is a natural part of life. People are passing away every minute of every day and we don’t even realize it. We realized when the victims of 9/11 died because they transformed from people into a number. Yes, death is a part of life but 9/11 showed us all something. Forced death should not be a part of life.

This trip to New York changed me to say the least. It gave me new insights on the terrorist attacks and the events afterward. I saw hurt and anger but after seeing the Broadway play, #Come From Away I also saw hope and love and support. Even now when I think about it, I believe that at that museum in New York City on a regular day as just another tourist, I was there, in my own moment.