Your resumé doesn’t suck, you suck! 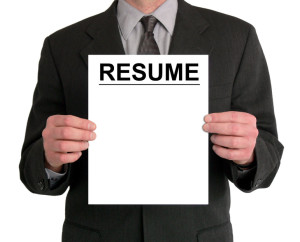 Typical conversation in my campus office goes like this:

“Uh, Mr. Price my resume sucks, can you help me with it?”

Resume is reluctantly handed over like its got anthrax on it.

“I did it for another class, but it just needs work. I suppose.”

“No, your resume doesn’t suck, you suck.”

One of the most frustrating experiences I have to do every semester, is grading resumés and cover letters. I understand that many students don’t actually read the online material I’ve prepared nor the textbooks to understand how to write an effective resume or cover letter, they just assume that since they already have one they are good. Then one day they realize they are not.

The problem with most cover letters, emails to networking contacts, resumes, etc., is that nothing stands out – there’s nothing sticky about them so they get passed over, tossed in the trash, or tossed in an HR file to be purged at a future date. Somewhere along the line about 10,000 books were written on how to write resumes that focused on providing job description rather than the value you can bring to the organization. These same books also made recommendations to include useless information like “references available upon request,” and having multiple mailing addresses. This was all relatively decent information…in 1984. Not sure if you have looked at a calendar in a while but times have changed. If you want to get your resume noticed it needs to stick.

Dan and Chip Heath’s book, Made to Stick: Why Some Ideas Take Hold and Others Come Unstuck, relates more to marketing and presentations or business deal but their great advice also works for the job seeker.

The concept we discussed previously is to keep it simple. When it comes to resumes, too many people break out the thesaurus and think that by adding words with multiple syllables they will somehow come off as smarter and thus land the interview. When I ask them to explain what they mean in a resume bullet, they can usually articulate it pretty well, but when it comes to typing it out that’s where things fall apart. Just explain it simply. The more complex your resume gets the more it reads like stereo instructions, and we all know how many people read those (speaking of 1984, anyone own a stereo anymore or do you just plug your mp3 player into your Bose?)

Other concepts that the job seeker can use includes unexpectedness, being concrete, and credibility.

Our brain is designed to be keenly aware of changes (Heath 65). It is a survival instinct to look more intently at things that surprise us. Surprise gets our attention and interest keeps our attention (Heath 65). If you want your resume to stand out don’t be afraid to mention the year off that you took to explore Europe. Or the mission trip you took to Africa. These types of surprises break our pattern forcing our brows to go up and our eyes to widen expanding our field of vision (Heath 68), while also slowing down the people reading your resume to take a closer look. Keep in mind that these people are reading essentially the same resume, page after page, only the names and contact information are changing. It’s okay to generate a little curiosity about yourself which will keep the reader reading once they get the more important stuff like your qualifications (Heath 81).

Whatever the opposite of concrete is, vague, ethereal, evasive, that is the problem with most resume bullets. Do you?

Okay stop! I know some of you are actually writing these down thinking “this is good stuff.” Actually this is gibberish generated by the website http://www.robietherobot.com/buzzword.htm using the buzzword generator (its fun, check it out). None of this means anything to anybody including the people you are trying to get to hire you.

“Abstraction makes it harder to understand an idea and to remember it.” Heath’s (100) concrete language helps people, understand new concepts.” (104)

In the job seeker context, concrete language makes you memorable. Using plain language does not make you seem dimwitted, it makes you a normal person who can explain themselves and engage an audience. I’m not saying not to use specific industry vocabulary that speaks to your credibility and understanding and qualifications of the job, in fact that’s specifically what I’m asking you to do. Once you get rid of all the gobbledygook management buzzwords, what’s left are your clearly articulated qualifications and experiences. Who would you rather hire? The person who has generated proactive relationships? Or the person who added four new clients resulting in a revenue increase of $1.600,000 per year?

Unfortunately, some companies still use OCR scanning software to look for buzzwords. This is a software developers attempt to make the job of the human resource officer easier, but not necessarily to find the best qualified and best fit for a position. If that is the game that is being played at the company you are applying for, of course you want to toss in a few of those buzzwords so that the software catches it. But if a human is going to read your resume, which they will at some point, use as much concrete language as possible because that is what makes you stick in their minds.

Brace yourself.  I am about to tell you something that is a dirty little secret in the job seeker world.

People know when you’re BS’ing them.

I’m sure you have gotten over on a few people throughout the course of your life, but to an experienced resume reader they can almost always tell the difference between BS and reality. When you BS you typically use a lot of softener language and the management buzzwords tend to increase by a factor of 10. If you have the creds, you don’t need the BS.

Getting back to my students and their resumes. Obviously, the student themselves rarely suck. If they just don’t have anything to put on the resume then I tell them to get out there and do some volunteer work, or making measurable difference at their current place of employment so that they have something decent to put on the resume, other than a lame job description.

More often than not, the student does have the credibility they have just bought so fully into the belief of what a resume should look like (again in 1984) that they are hiding their actual value.

Some ways to establish credibility is through professional certifications and education. But something else that boosts credibility are vivid details (Heath 139). Again, let’s revisit our previous resume bullet about generating proactive relationships. The second bullet about the revenue increase and the new clients goes into far more detail, it is measurable, and it is verifiable (through a few well-placed phone calls) which increases its credibility. That increase also increases the credibility of everything else in your resume – keep that momentum in the job interview and you’ll soon be back in action. Your resume doesn’t suck – you’re just using it to hide the best of you.

Chip and Dan Heath. Made to Stick: Why Some Ideas Take Hold and Others Come Unstuck. London: Random House, 2007. Print.