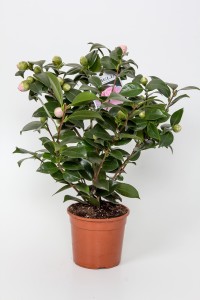 I recently just attended an industry conference. It never ceases to amaze me how many people have such outstanding information to share and are experts in their field, so much so that people really want to hear what they have to say, but they have the presentation skills of the average house plant. It is really unfortunate because they do have great information but it is like having a beautiful flower garden and tossing the dirtiest tarp you can possibly find over the top of it.

It is amazing how you can spend 60 to 90 minutes of your life listening to someone “present,” and walk out of there remembering absolutely nothing about what they said. If you’re lucky, you can score a good nap out of it though, I’m not sure that is what the presenter had in mind. In fact, some of the presenters even said they hoped they didn’t bore us too much – way to show that confidence!

There were a couple of presentations however, to which I was absolutely riveted. I stayed awake, took copious notes and felt like I was getting more than my money’s worth. So what was the difference?

The majority of the time the difference were in the presentation skills of the individual along with their level of preparation. But even the best prepared presentation doesn’t always “stick.” In fact, many corporate vision statements and mission statements, speeches to the staff, lessons to students, and the vast majority of stuff that we say to each other rarely, if ever, sticks in our mind. But some things are so sticky we can’t seem to get them out of our mind.

If you were to spend hours or in some cases even days to prepare a presentation or a speech to an important audience, such as your employer or your employees, or your industry associates or clients, most of us would want our ideas to stick with them. But what makes an idea sticky? The answer to this question is what offers Chip and Dan Heath explore in their book Made to Stick: Why Some Ideas Take Hold and Others Come Unstuck.

“Many of us struggle with how to communicate ideas effectively, how to get our ideas to make a difference.” Heath 5.

If you ever heard of the story of the guy who woke up in the bathtub of a hotel with his kidneys gone, allegedly removed by, I guess we’ll call them kidney thieves, in the middle of the night? Most of us have, and many of us believe it to be true (it’s not). But why does it stick into our mind, while other ideas, thoughts, presentations, and made up stuff, doesn’t? (Heath 3-4).

The Heath’s believe that there are six principles to sticky ideas (Heath and Heath 17-18):

In all of the cases where I was put to sleep during the presentation I know that none of the above six principles were used (or at least I was already asleep by the time they got around to them). In the presentations I thought were outstanding, and that was keeping the audience engaged (so it wasn’t just me who thought it was outstanding) many of these principles were used.

One of the more successful presentations was given by an attorney. While it may not seem an attorney can give a riveting and emotional presentation, keep in mind that oftentimes the success of an attorney is based on whether they can persuade a jury or a judge that their client is either not guilty, or that the plaintiff has proven their case. They cannot do this if the jury walks away and can’t even remember two words of the closing argument.

The attorney did not suffer from the Curse of Knowledge that many presenters do. The Curse of Knowledge essentially says that we find it hard to imagine what it was like to not know something, now that we know it. The attorney assumed we all have basic intelligence and some rather common frames of reference, and when he discovered those areas where we did not share a common frame of reference, he gave one to us in concrete examples. He used many stories throughout this presentation, but each story also included elements of unexpectedness, emotions and credibility. Plus, each story served the presentation.

In the presentations that were unsuccessful, many of the presenters did not even start out on the right foot. Most of them simply just started talking, and forced us to go with them on some meandering journey with no destination in sight. In fact, the only destination for them seem to be the end of the time limit at which point they would conclude the presentation and make a hasty exit, thankful to be done with the experience (we were happy you were done too!)

The ability of an idea to stick is not just important presentations or in marketing, or in your clients or your customers brains, it is also important in setting forth a mission, perhaps for a business or even a country. A couple of years ago I was on a committee and the committee chair proudly announced that we had finally come up with a vision statement for the committee (as a quick aside I love it when a committee is put together and told to figure out why it exists – I can think of fewer ways to waste time). I actually have no idea nor recollection what the vision of this committee was, because it went on for several sentences and I think even a couple of paragraphs. I didn’t remember it of course because it was not sticky; it followed none of the six principles of stickiness. It was overly complex, it had no concreteness to it (I had no idea what success looked like in its frame of reference), it invoked no emotion because it used too many corporate-speak buzzwords and there was nothing unexpected about it – it sounded like someone Googled “vision statements” and decided to put every third sentence together from the first six hits.

Contrast this with what former Pres. John F. Kennedy once said as a vision for the United States: “put a man on the moon and return him safely by the end of the decade.”

Now, your ideas, visions, presentations and so forth do not need to include all six of the principles in order to be sticky, but the authors do a good job of showing how you can see the elements of stickiness into your arguments, lessons, presentations and missions. At least if you follow a few of these principles, maybe watching you present will be at least a bit more interesting than watching your house plant grow.

Heath, Chip, and Dan Heath. Made to Stick: Why Some Ideas Take Hold and Others Come Unstuck. London: Random House, 2007. Print.