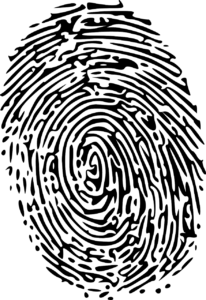 There are two separate biometric programs. In the first program, the airlines are using biometric information such as facial recognition to access areas such as the frequent flyer lounges, but eventually these will be used to board the aircraft. The Delta Airlines program is in partnership with CLEAR. CLEAR is the original registered traveler company that allows passengers to skip to the front of the screening line, and even to the front of the Pre-Check line in exchange for the passengers’ biometric data and an annual fee. The first portion of Delta’s program will be tested in their frequent flyer lounges and eventually may take the place of their boarding pass at the gate.

JetBlue also announced a similar program that will match pictures of customer faces with the passport database maintained by US Customs and Border Protection.

In the TSA programs, biometric scanners are being installed at the checkpoint in both Denver and Atlanta. Known as Biometric Authentication Technology (BAT), TSA is currently testing them in the Pre-Check lanes but right now is only gathering data.

In order for biometrics to work you need a known database and TSA already has the fingerprint information from its millions of Pre-Check members. The biometrics may one day be used in lieu of the standard travel document check. For now, in this test phase passengers using the BAT will still have to show their boarding pass and identification. TSA will collect and analyze the data for possible future implementation.

While there is some security benefit to both of these programs the real benefit comes in terms of passenger efficiency and convenience. The security benefit may eventually come in that individuals on the no-fly list or the Selectee list will have a very difficult time traveling, even when attempting to use false documentation. However, even if they were to fly under false ID they would still be screened at the screening checkpoint. While the travel document check is one of the layers in aviation security there are other layers that are much more important, such as physical screening. The real benefit of all this biometrics is that eventually passengers may not need any documentation whatsoever to fly. They may just need their hand.

What is most interesting about this is TSA still seems to be staying away from requiring biometrics to be integrated into airport access control systems. In light of the TSAs oft reiterated insider threat, requiring biometrics as part of the employee access control system is an important step to reducing insider attacks. However, only a handful of airports have done so, voluntarily.

Another important concern is the vulnerability of all of this biometric data to potential hackers. Setting aside for a moment to the privacy issues (considering many of us have no problem sharing tons of privacy information with Amazon and any number of online retailers but we seem to get all up in arms about it when we give it to the government), there are real concerns when it comes to cyber security. Although the airlines and TSA may delete your data if you no longer are enrolled in the programs, what is to keep a hacker from breaking into either an active database, or an archived database and still accessing your vital biometric information?

As we entrust more and more our lives to cyberspace, it is just as important that we protect the data and the systems that we allow to run our world, as it is to keep bombs and hijackers off of airplanes.

CT or Computed Tomography machines are the same types of machines in use at in the checked bag area and are more commonly known as Explosives Detection Systems (EDS). In the medical community, they are known as CatScans.

CT systems are far more advanced than the standard AT-X-Ray machines currently in use at the screening checkpoint. They have the ability to inspect and detect many types of threats including liquids and even those elusive laptop bombs.

Additionally, CT machines operate largely autonomously scanning bags and clearing the majority of them without human intervention. Passenger should see faster bag screening for those airports with the CT machines, but could still be held up in the often slower, passenger screening process.

The reason TSA has not deployed this technology sooner is a bit of a mystery but here are some potential clues. Until recently, most of the CT machines were heavier, required more power, and required more footprint than the existing x-ray machines. To install CT machines meant higher capital and operational costs. Manufacturers however have been striving to reduce the size, energy and costs required for these machines.

I would like to see CT machines eventually replace most all of the x-ray machines at checkpoints. TSA has clearly indicated that there are new threats and apparently much of the world is not out in front of them. If they are having passengers unpack at the checkpoint now, then clearly we need a more effective system to be able to keep people moving and to identify the threats. While we are not out in front of the threats the least we can do is try catching up to them. Perhaps we can also reach more of a risk-based model where a few of these machines are installed for individuals that are not Pre-Check members, and keep the standard x-ray machines for the more known-travellers. I see these machines as a way to make security fit aviation instead of aviation being shoe-horned into security.

In either case, biometrics or changing technologies at the checkpoint, the passenger experience continues to change, and this won’t be the last of it.

To read more of my posts on aviation security, click HERE.