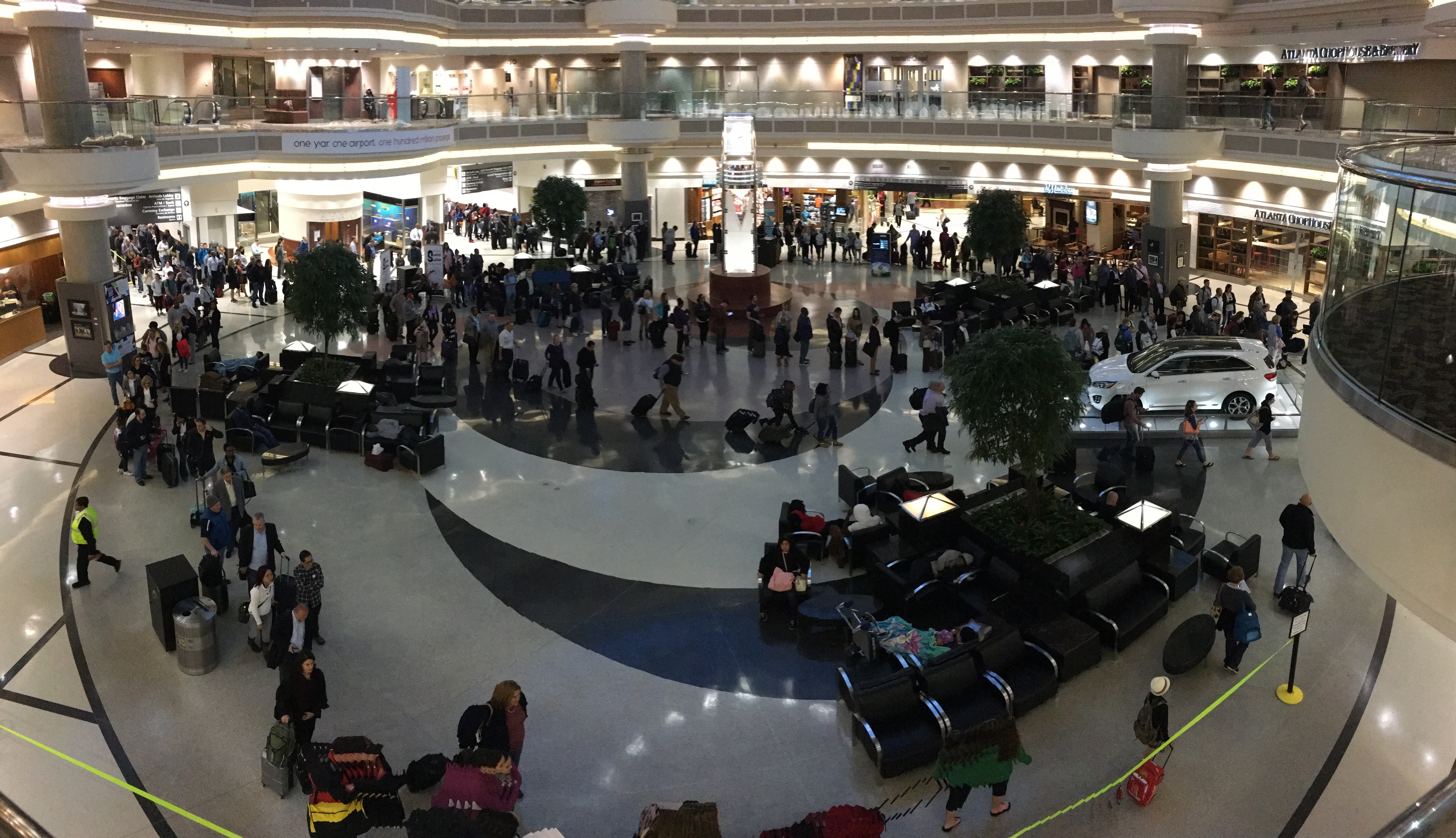 Today, the aviation industry screens passengers and their carry-on bags essentially the same way it did in the early 1970s. While detection technologies have changed to better detect threats and move people through the checkpoint, training and performance standards for screeners has improved, and risk-based processes have been implemented, the fundamental process is still the same.  There are only so many ways you can continue to improve upon the same process, before it’s time to imagine a new way of doing things. Just like when the automobile revolutionized transportation throughout the world, it still couldn’t get us across the oceans, and it could only get us across land at a certain speed. For more access and less travel time, we had to imagine and build the airplane.
Checkpoints are choke points. They create crowded public areas that make for tempting and deadly targets for active shooters and suicide bombers. They take up a lot of space in an airport – space that could be producing revenue. They upset the traveling public, who, by and large, do not present a threat to aviation and largely feel the process is intrusive and ineffective.

The new technology available discussed in a recent article by Singularity Hub that discusses the need for a security upgrade represents a very important step in changing the entire passenger experience. I envision a future where screening checkpoints are no more. There are scanners placed strategically throughout the terminal building where all members of the public, passengers, well-wishers, and employees, pass through the scanners and are inspected – many times not even knowing the process is taking place. There can be additional scanners near boarding gates and positioned randomly throughout to ensure that passengers do not board a flight with a deadly item. This would also allow us to go back to the days where you can take people right to the gate and again, greet grandma as she walks off the jet bridge.

We can cut the screening workforce in half, or more. Let automation do much of the detection and sound an alarm when a threat item is detected. The individual can then be tagged via laser or other technology, tracked by CCTV and intercepted by unarmed or armed personnel, depending on the level of threat. Security police personnel will still roam throughout the airport to be able to rapidly respond to a threat and to be a visible deterrence.

I first saw equipment capable of this being tested at Denver International Airport in 2008, during the Democratic National Convention, and then I wondered where it’s been ever since. In my opinion, TSA can’t deploy new technology to improve the process fast enough. It’s time to do things differently.