Richard Branson is bringing spaceflight back, but with it comes challenges to US airports 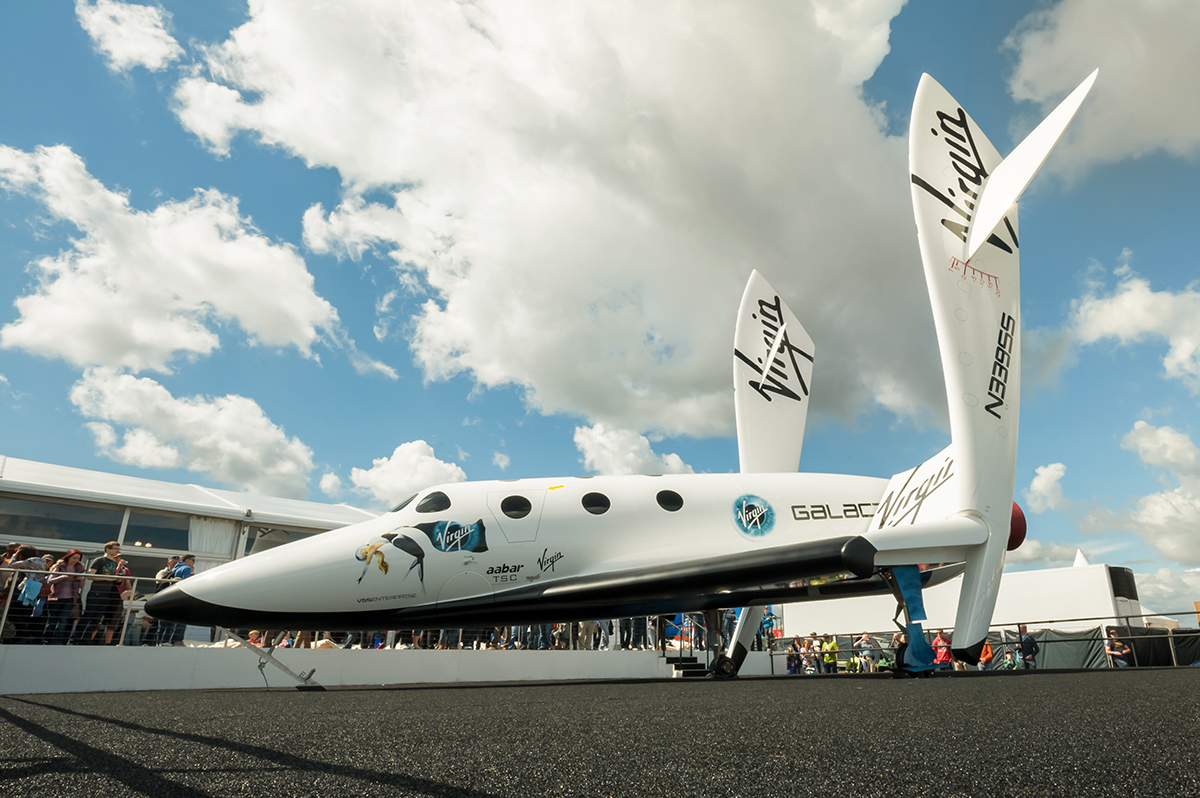 “Watch this,” I told my two boys who were up with me on Sunday morning, July 11th, as Richard Branson took off for his historic spaceflight. “You are about to see history being made.”
Branson’s flight to the US recognized Karmin line (i.e., edge of space) represents where I thought our country would be by the mid-1970s. I am old enough that some of my very first memories are of the Apollo 11 moon landing. With the movie 2001: A Space Odyssey, along with Skylab, the Space Shuttle, and the first probes landing on Mars, I thought I’d be piloting spaceplanes to the moon by now (uh, Sir, Richard, I’m not as busy these days so let me know if you need some more pilots – I’ll fly ya). Sadly, that wasn’t the case.
As SpaceShipTwo separated from its twin-fuselage mothership and rocketed into space, my boys and I counted off the altitude with the spaceplane climbing at nearly 1000-feet per second. “When you are my age, flying into space will be as routine as flying an airliner is right now,” I told them. They both nodded politely, but then both smirked a little bit like I’d just told them NASA is sending a probe to explore Uranus. ‘Yea, right, dad, whatever you say.’
However, despite their 12-second attention spans, they continued to watch throughout the entire flight until the spaceplane landed successfully back on Runway 34L. And they were excited! This is where our future lies. In pioneers taking risks and making sh*t happen! Notice that there weren’t any significant delays or launch holds for a hundred more system checks? I’ve sat in the line-up and wait position at LaGuardia longer than Branson’s mothership did before starting its takeoff roll.
I could care less about Bezos and his rocket. Anybody who has billions of dollars and doesn’t pay their taxes can build a rocket and go into space nowadays. Or just pay the Russians; they will fly you. But spaceplanes, THAT’s the vision! That’s the dream: a totally reusable system that I can see…someday soon, launching flight after flight after flight, daily, and without the noise footprint of a vertical launch facility.
Just as excited as I am about Branson’s achievement, I am also by nature a person who constantly looks at the risks and potential risks of such new technologies. As spaceplane operations become more frequent, our industry must expand its knowledge base as we confront new safety, security, airspace efficiency, and environmental concerns.
Case in point. Let’s move away from the commercial space industry to the drone industry for a moment. I recently saw the 2019 short film, Slaughterbots, available on YouTube. https://www.youtube.com/watch?v=O-2tpwW0kmU
I am not going to give away the plot because you really need to watch this film. It is only eight minutes long and is presented in a “news” format, using professional actors and special effects. It represents the nightmare scenario that the evolution of drones if gone unchecked, could achieve, which could be just as deadly as nuclear weapons. The terrifying part is that terrorist organizations may already have capabilities nearing these levels.
Sadly, I’m missing the American Association of Airport Executive Annual conference this year, but I am using the time to update the Airport Certified Employee-Security (i.e., ACE Security) program materials and training. I just completed a supplemental update to the drone section.
As with any tool, we can use drones for positive or negative uses. Drones have been used in airports to inspect the roofs of passenger boarding bridges and other infrastructure. Drones have also been used to conduct perimeter inspections and even snow removal. However, the misuse of drones also poses a threat to the safety, security, and efficiency of flight operations. Drones armed with improvised explosive devices are a “poor person’s guided missile” and could be directed into aircraft on takeoff or landing or to detonate on an aircraft’s wings, where fuel is stored while it is parked at the gate.
Drones could be used to stealthily fly over an airport perimeter fence and drop off weapons or explosives to be collected by an airport insider and placed on an aircraft. A drone-ground vehicle could be equipped with explosives, creating a drone-vehicle-born improvised explosive device, and rammed into the terminal building, or driven onto the airfield and into a fuel-laden aircraft.
And if you’ve been out of the news loop recently, the Erbil International Airport in northern Iraq has been hit by two drone strikes this year alone. A Saudi oil production facility was hit with a swarm drone attack in 2019, knocking out the production of 5.7 million barrels of crude oil and driving up oil prices by nearly 10 percent.
For those of you charged with protecting your airports and aircraft from accidental or intentional damage or destruction by drone technologies, you need to look at drone defense from an evolving standpoint. Aviation security practitioners must not look at drone defense as a one-time “check in the box” but instead as an ever-changing threat with new uses, numbers, and capabilities growing significantly each year.
Circling back to commercial space operations, if you are in charge or are part of the development of commercial space activities at your airport, start thinking about the safety, security, airspace efficiency, and environmental factors related to spaceplane operations. Think outside of the box (or the atmosphere), as they did with drones in the movie Slaughterbots, and start building that risk assessment matrix, now.
But let’s end this on a high note (bad pun intended). I think what Virgin Galactic and Branson have done is bringing spaceflight back (just like Justin Timberlake bringing Sexyback). While nerds like me get excited about robots and helicopters going to Mars, it’s spaceflight like Branson just did that inspires generations to become pilots, scientists, engineers, mathematicians, technologists, and astronauts. Now it’s our job to make sure those operations are safe, secure, and efficient.
###
Jeffrey Price
Leading Edge Strategies