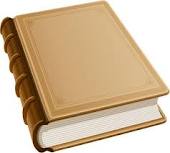 In my efforts to still have a blog posted on the B&N Book Blog, I re-wrote the requested submission, but was told it still doesn’t meet their standards. No worries.

But, as to not lose the efforts involved and to provide you with the benefit, I’m posting the submission here.

What I learned from reading 50 books in 50 weeks and blogging about it, by Jeff Price (in short “twitter” form).

Beyond what my parents, friends and life’s hard knocks have taught me, almost everything I ever needed to know, I have found in books. So, one day after surveying my home office and seeing all of the books I’d bought and still had not read, I committed to reading 50 of them in 50 weeks. Then the idea came to me to blog about what I would learn during that process. The long version of the blogs are still online at achievementprice.com, but here’s the short form.

That’s what I learned by reading 50 books in 50 weeks and blogging about it. And I still have 50 unread books on my shelf.